Seeing unverified men is both an unnecessary danger and risks the privacy of all previous clients. This was discussed in a recent post on a local Colorado bulletin board, where an Denver-based escort was feeling like she was being singled-out because she sees random hobbyists without any verification:

“I’m not trying to start any drama or make anyone uncomfortable, however, when someone states one thing after I explain the valid reasons why not screening by itself is not a reason to not see a provider, and then goes right back to saying that all girls that do not screen should be cause to worry, as a provider that doesn’t screen I take that personally. And, I have yet to have one provider stand behind their statement and explain to me why they feel it’s ok to say that when it would stop someone from seeing me, personally. I’m not talking about any other providers than myself. If you are going to make that statement then can you please give me any reason why a client should be worried?”

After seeing this thread languish for a while I (probably stupidly) decided to reply honestly:

Like {hobbyist’s name redacted} noted above, I also don’t want to start a troll/drama thread, and to back that up I’ll offer to refer all those who want to meet without any verification at all to you if you’d like? So I don’t think anyone is trying to take business from you. More likely,  they’re worried about you and your safety.

As an additional preface, to the 85% of men that are nice and just looking to hide their identities completely (which is a perfectly rational position), don’t project your general niceness onto the significant percentage of men that don’t share your fun-loving, protective-of-women attitudes. It only takes one a-hole to drive a women from this business. There’s often a singular reason providers you know and like quit…

But the short answer is: You have the potential to give references (even if it’s just an unverified man pointing to reviews of you as his proof that he’s seen providers) and thus letting people — a good percentage of whom have a high probability of being problematic — into a community of trust.

Let’s not forget the P411 infiltration. References were built up, no seeming drama, then arrests were made. It’s a classic LEO cycle.

The reference-only system is thus flawed, and all providers that see hobbyists on this reference-only model without real name verification are at a greater risk of arrest, or worse. Which is more common that you think — right here in Denver, DPD received a one-million grant to fight “sex trafficking” and there were almost immediately two group arrests of women who showed up on references only; one netted 17 providers, the next 26, then I stopped paying attention and won’t do outcalls in Denver County. To be fair to the LEO side, escorting is legal — it’s a civil infraction to do it without a permit which carries a permanent record of prostitution without a license — so they seemingly only prosecuted those with existing warrants or women who had drugs on them.

More pointedly: I was asked to go, the real names didn’t verify, so I didn’t go.

Providers that are arrested potentiality compromise the identities and lives of everyone they’ve ever seen before. I screen, heavily, to protect not only my safety, but the safety of all my regulars and everyone I’ve seen.

Worse, borderline personality disorder (derivatives of which replace classic sociopath/psychopath in the DSM-V) is more prevalent in men than women, and violent tendencies is an almost uniquely male predisposition. I’ve personally declined recidivist, violent felons — why would I want to give my address and invite a man who likes to beat women into my home? Why would you take such a risk? Why would anyone who has a choice not to? There’s a provider who successfully screened out a burgeoning killer. Which is a fabulous story, but hers to tell…

This is about safety and fun in the privacy of our homes — Vs. people with anger issues looking to “get over” on another human. Heaven help them, but streetwalkers are for the unverified, escorts are for the professional hobbyists who can afford the elevated privacy/security Vs. streetwalkers . By seeing people completely unverified you’re blurring that line and, as I said, letting potentially dangerous people “in” to the system designed to protect women.

This prompted the board admin to close the discussion with this post:

“On 7/19/2020 at 10:44 AM, JessicaJonesing said: I’d thought a hobbyist was compromised and that his account was used for stings on providers?”

I’d be remiss if I didn’t answer this with an emphatic —> NO, this was never the case…….

As we can see from this arrest report — where a dozen women were arrested via hobbyists’ accounts taken over on the vaunted “P411” reference site — that response is entirely not true. Escorting websites are compromised all the time, from both the providers’ (escorts) and hobbyists’ (clients) side of the transaction.

I have personal experience with this: Not so long ago I was invited to a Denver “outcall” appointment at a downtown hotel. The requester had an account on the board in mention, but his real name didn’t track, so I declined. 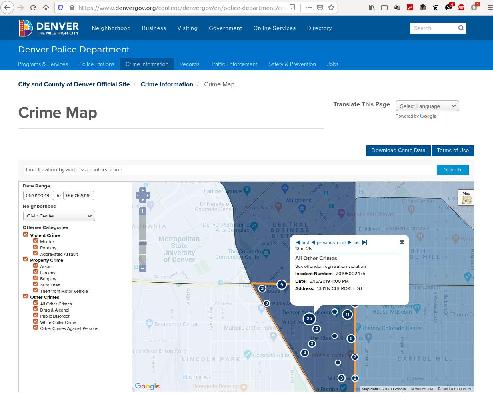 Twenty-three women were arrested that night. Escorting is legal in Colorado (you need a permit, failure to obtain one is civil infraction which shouldn’t be an arrest-level offense) and the charges were stunning: Sex Offender Registration Violation. Friends were caught up in this sting, their lives devastated. They successfully fought and had the charges expunged, but the cost was in the mid-four-figure range to do so.

No police were charged with misconduct (reportedly, they had some weird fetish requests) or false arrest. My insistence of full, real-name/job verification meant I’d avoided this drama.

Here’s the stupid part of why I should’ve just let it be: That board’s predominant business model is promoting their site to hobbyists as a safe place where they can build references to see women without real-name verification. That is, build up enough “reviews” or “references” and the idea is you’re a safe man to see women anonymously. The providers must real-world verify with driver’s licenses while hobbyists register for free, anonymously. Revenues come from the female providers who pay for advertisements to promote themselves to that large base of hobbyists.

So the implication in my post placed on their board is — if taken personally — isn’t safe. Which is true: the reference-only model is flawed, being “relatively safe”. There’s shades of grey in everything, and “TOB” is a smart model, nicely-run and relatively safer-than-most place — especially for the male hobbyists since the women are verified. Meaning the guys have recourse if a women behaves badly.

The flaw in that is any man can get in. Law enforcement can successfully see women like the one above who doesn’t check references, parlay proof of that appointment by leaving a review, and move on to build up a dozen references before arrests begin.

Or worse. Fans of history will remember the “Denver Prostitute Killer” and the arsehole who started the collapse of unified (and much safer for women) online advertising: The Craigslist Killer. The latter of whom an acquaintance of mine reports declining to see since he failed her tough screening before he murdered Julissa Brisman.

Lastly, for the gentleman: Unless you’re using Qubes OS via TOR and/or a VPN paid for by a truly fungible currency like Monero on a self-built desktop or second-hand laptop, don’t believe for a second your online fake-name trail can’t be traced back to your real life. If a provider you’ve seen gets caught up in some trumped-up arrest scam, the seizure of her digital assets will lead back to you. Thus, choose whom you see carefully, and realize that my harsh screening is in place to protect all previous clients.

Regardless of your perceptions, both are explicitly legal. Thus I welcome all clients who are in a place in their life to meet under their real name and are specifically looking for drama-free fun.

As for quid pro quo: If you really want to know my real name and we have trust, or we shoot a video together, I’ll tell you — seems only fair to me…